CyberpowerPC Gamer Supreme Liquid Cool Gaming PC comes with massive processing power as well as cutting-edge graphics cards for handling the toughest of games. It has other unique features that make it one of the most sought-after gaming PCs in the market.

With its 16GB RAM, you won't have issues tackling system-intensive applications like video editing, and you can multitask without much hassle. You will like its lightning-fast SSD boot drive, which is very essential for swift loading games as well as applications. Its sleek chassis is a plus, and it has been tested to support VR gaming for both the HTC VIVE with Steam VR as well as the Oculus Rift VR.

Its latest DirectX 12 technology makes it possible for you to experience rich graphics that will enhance your game performance. With its Windows 10 operating system, you will get access to swift real-time processing as well as the generation of higher FPS and more splendid graphics with reduced power consumption for long-time playing. 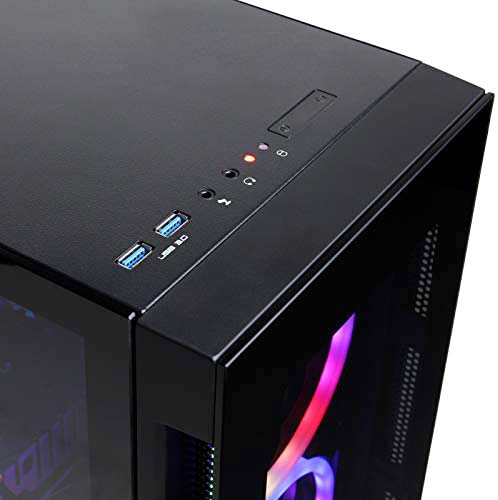 Besides, its high-performance liquid cooling solution is a plus, which comes with a 120mm aluminum radiator as well as a 4th generation integrated pump with a copper plate. The cooling system is sealed for good so that leakage and evaporation will be prevented. It also features custom RGB case lighting, RGB 7 colors gaming mouse, USB gaming keyboard, just to mention but a few.