The Saramonic VmicLink5 5.8 GHz SHF Wireless Lavalier System package fundamentally consists of a portable VmicLink5-RX HiFi receiver, a VmicLInk5 TX HiFi bodypack transmitter, and a lavalier microphone. The system works on 2 lithium-ion rechargeable batteries, which are included in the package. The unit effectively captures audio and transmits it for all field purposes with your camera including DSLR camera video shoots, TV transmission, or film-making. 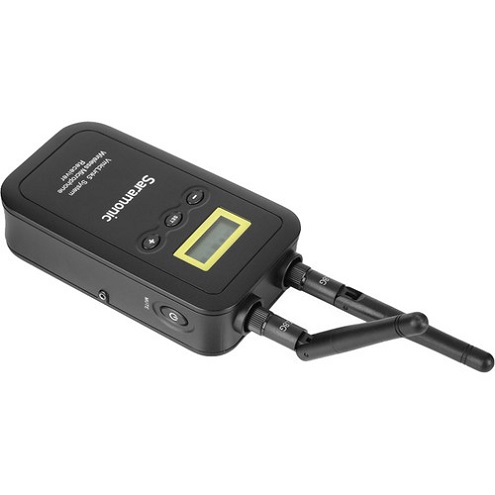 The VmicLink5-RX receiver can be conveniently mounted on your camera so that you can capture clear audio along with the visuals you record. Using the LCD that is easy to read, you can easily synchronize the transmitter and receiver with each other, and also decide whether you need a mono or stereo recording. The Saramonic VmicLink5 5.8 GHz SHF Wireless Lavalier System works fine within a range of 30 meters. The antenna with the unit is adjustable and detachable as per your convenience. It can be rotated 360 degrees for the best signal.

VmicLink5 TX transmitter transmits the signals with the help of the in-built crystal-based PLL-synthesizer and has a mute function to activate if required. A lock-type microphone can be directly used with the transmitter. Many input options are available with the mic and line inputs of the Saramonic VmicLink5 5.8 GHz SHF Wireless Lavalier System. There is also a headphone jack for real-time audio monitoring. Its transmission frequency range is 5.8 GHz (5725 to 5875 MHz.) 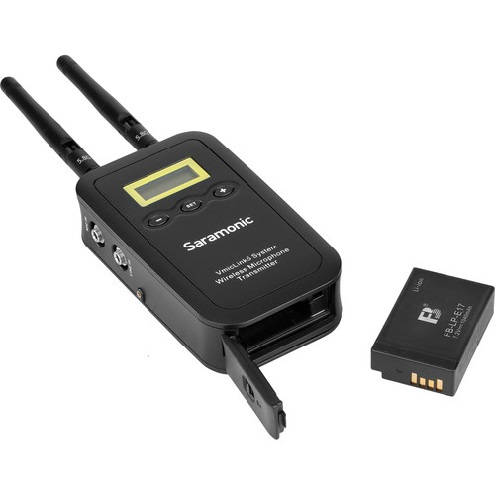 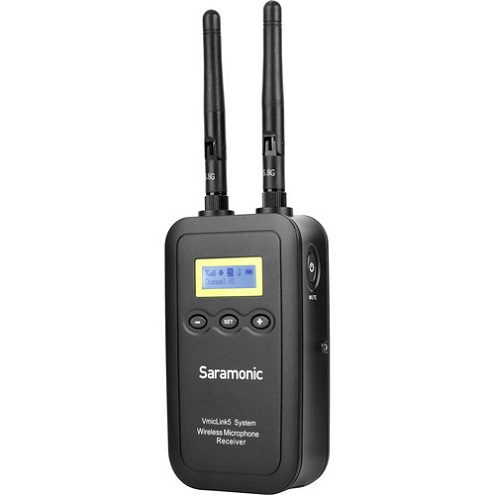 The Saramonic VmicLink5 5.8 GHz SHF Wireless Lavalier System is equipped with an automatic channel-switch program that helps in reducing interference from any other surrounding devices. The entire system has the capability of hopping between frequencies rapidly to find the best signal in the range of 30-meter distance. The unit can be attached to the camera easily using the shoe-mount adapter provider in the package. A microphone holder clip is also provided to use the microphone without any hassle in your field endeavors.