Are you looking for a compact workhorse camera that can offer lightning-fast recording, ample storage and backup options, crisp imagery even with moving subjects? Panasonic Lumix GH6 Mirrorless Camera is your ultimate choice!

Panasonic Lumix GH6 offers a new creative dimension. It is compact yet offers beast-like performance. In GH6, you get a mirrorless camera that can challenge its full-frame counterparts and easily beat them. Its improved processing power stems from its Venus Engine, which offers fast sensor readouts and helps you record 5.7K 30p videos in Apple ProRes, among other resolutions and formats. You can also capture handheld 100MP photos.

With GH6, you can achieve proper exposures and 13+ stops along. You also get in-body, sensor-shift stabilization that renders crisp imagery even in the VariCam footage with pre-installed V-log image format. With such astounding performance, any photography professional can bang on it for their best work. You can even shoot independent cinema if you combine it with an appropriate lens.

The best part is you can record up to 4K120p footage on the memory card in the camera's SD slot. The high-end processing power makes the camera stand out among its predecessors. Also, the sensor is equipped with an unhindered low-pass filter that smooths out your captures and renders them in ultra sharpness. Further, its IS helps you synthesize eight distinct images into a single 100MP image without even using a tripod. 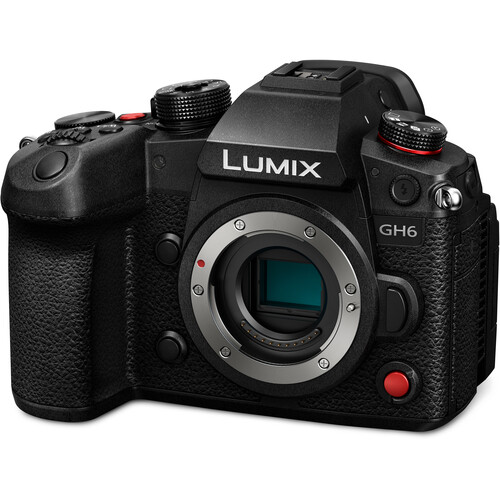 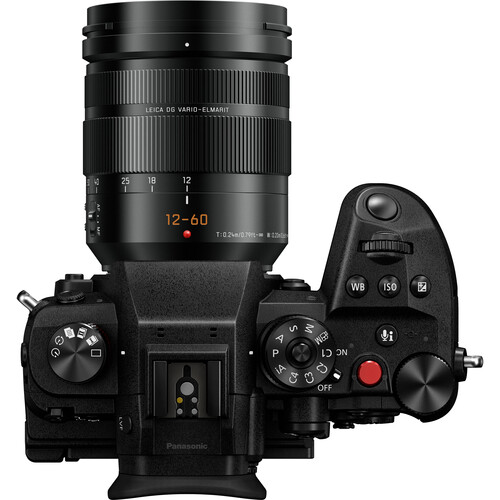 Our Take on the Panasonic Lumix GH6 Mirrorless Camera:

You might think that you can face some lags in the performance with such stunning performance attributes, but you can't be more mistaken. The camera's Venus Engine ensures that it comes with 2x power compared to the previous generation processors. With this engine, you receive lightning-fast sensor Readout and can achieve continuous shooting at 75 fps and variable frame rate (VFR) at 300 fps or even slow-motion footage.

If you still have doubts on whether the speed is backed by clear images, be rest assured that the Venus Engine takes care of the rolling shutter distortion, and you can capture moving subjects to your's heart's content.

On top of that, the camera also comes with a subject-tracking focusing system that has a built-in face and eye detection, among others. This ensures that the best capture is kept if the subject unknowingly blinks or moves.

As mentioned before, the camera offers a wide range of video formats and recording rates. 5.7K 30p is the top need of the hour, and the camera doesn't hesitate in providing it. Along with it, you get high bitrate and visually lossless footage that allows you to do intense manipulation after capturing, offering room for limitless creativity.

You can even experience unlimited recording up to DCI 4K at 60p with this camera. Also, if you need extended record time, you can bang on this camera. This makes it appropriate for interviews and live events.

The lens is equipped with a linear motor that makes fast, quiet, and precise autofocus possible. Further, its POWER OIS aids the camera's built-in IS to minimize camera shake. Along with the performance features, the lens flaunts a rugged metal body which is splash, dust, and freezeproof, making it the perfect choice for travel content creators. 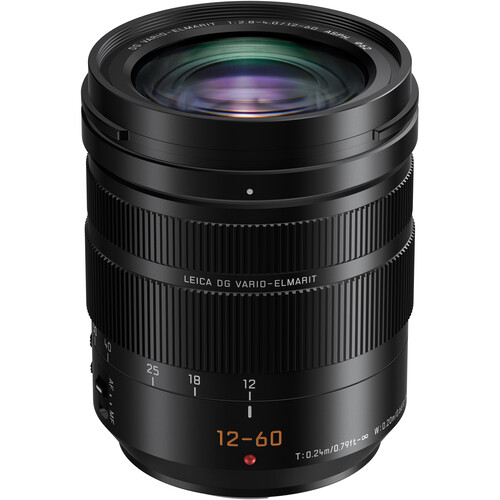 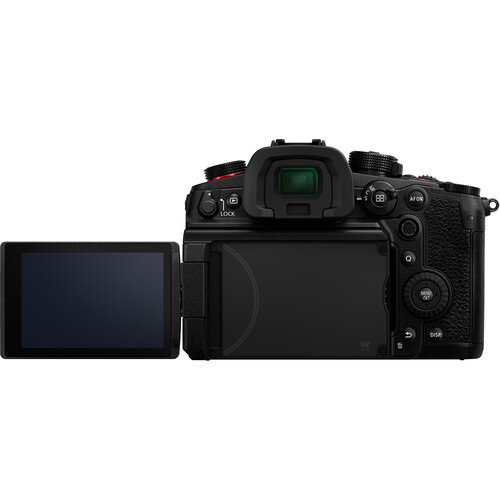 The camera gives you the best captures with 3D noise reduction functionality. Its Intelligent Image Processing compares three sequential frames, chooses the best out of them, and automatically scrubs noise. You wouldn't receive such detailing in any of its rivals. It even takes care of fine details such as hair and wires.

With such video recording breadth, you must be curious about the sound aspects of the camera. And the camera ensures you won't be disappointed. You get a high-quality audio recording with its built-in mic and offers you to attach an external mic. These options make the camera perfect for interviews and independent movie productions.

Finally, the camera knows that you can't afford to lose any of your captures, so it provides Instant Back-Up. You can simultaneously record on internal and external storage to achieve the desired redundancy and not lose footage when one storage is corrupt or gets accidentally wiped out.