With its gleaming f/1.8 maximum aperture, you can be certain of flawless, consistent illumination when working in areas with poor lighting conditions. This guarantees greater control over the depth of field so that there can be effective working with selective focus techniques. It boasts a linear autofocus motor system as well as an internal focus mechanism, which helps with the provision of swift, noiseless, and accurate autofocus performance. It comes with one extra-low dispersion element for the reduction of chromatic aberrations as well as color fringing so that you can realize sharp imagery with accurate rendering. The lens design features two aspherical elements for reducing field curvature, coma, astigmatism, as well as other monochromatic aberrations. 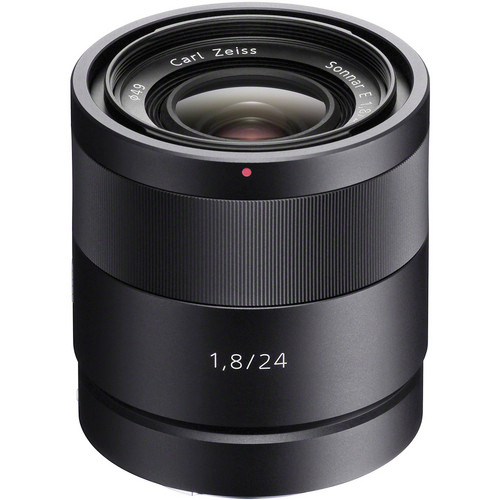 The Sony Sonnar T* E 24mm f/1.8 ZA Lens is specifically created for APS-C Sony E-mount cameras with an equivalent focal length of 36mm. It comes with a rounded seven-blade diaphragm, which helps in enhancing selective focus technique as well as the use of shallow depth of field. That is why this lens is popular among top professional and amateur photographers.

With its maximum aperture standing at f/1.8, and a minimum aperture of f/22, it is certainly one of the most sought-after lenses in the market presently. Its focal length stands at 24 millimeters, hence, you can be sure of capturing images the way you want them. It has an angle of view of 61° making it possible for you to get it right always, in terms of best shots. Its minimum focus distance is 6.3 inches or 16 centimeters, which is ideal for effective coverage of your subjects. This lens has a maximum magnification of 0.25x so that you can get a flawless view of your subjects during operations. 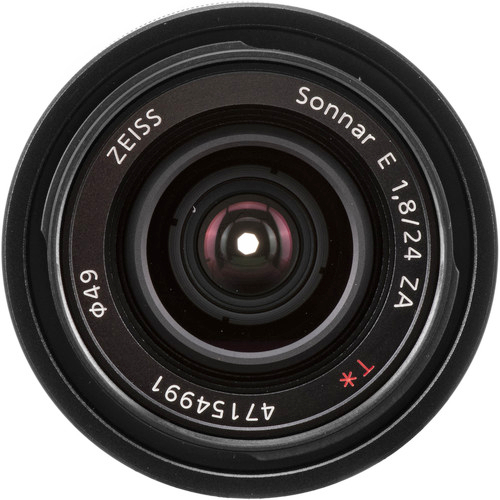 What’s more, its optical design features 8 Elements in 7 Groups so that you won’t have issues taking your most desirable shots. Its compactness is a plus measuring 2.48 inches in diameter and 2.58 inches in length. Its lightweight of 7.94 ounces is a plus, and that is why you won’t have issues with its maneuver during operations, and it won’t add up too much weight to your bag.