Blackmagic Design ATEM Mini Extreme is an 8-input live production switcher for live streaming. It comes with an integrated control panel and advanced broadcast features. It even lets you output your program similar to a webcam via USB, using the RTMP protocols. 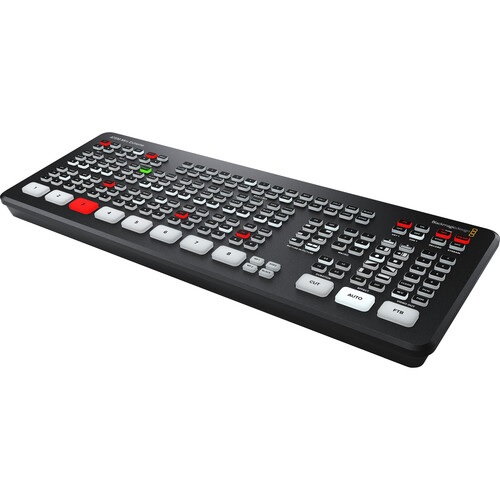 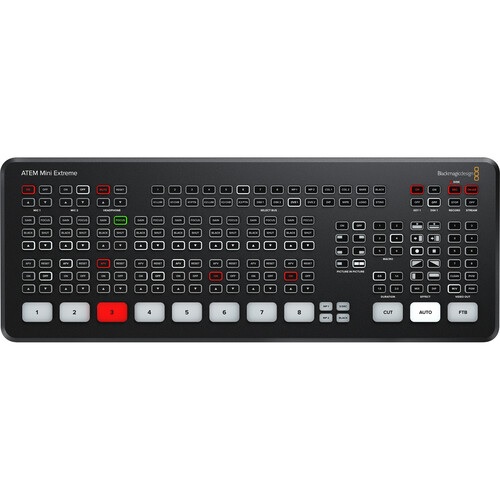 Our Take on the Blackmagic Design ATEM Mini Extreme:

Its eight HDMI inputs accept all popular HD signals up to 1080p60. Each input has discrete frame rate and format converters, and it supports re-syncing for seamless switching between various pro and consumer cameras, game consoles, and computer feeds.

You get several functionalities, including switch, add effects, color grade, and key in real-time using the control surface's buttons or via the software control panel. CCU functions are available for controlling Blackmagic Studio and URSA Mini/Broadcast/Micro Studio cameras from the switcher. 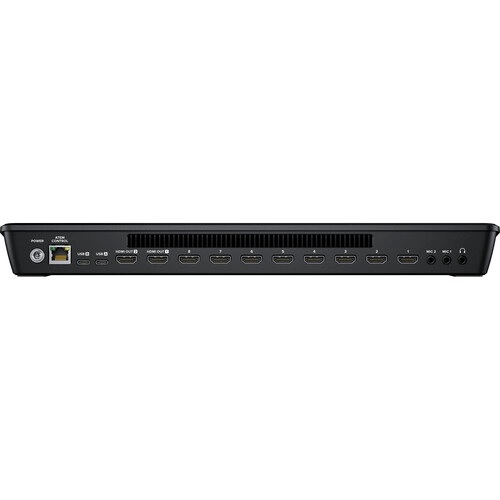 The device supports up to nine layers, including four upstream keyers, two downstream keyers, up to four chroma keyers, up to four linear keyers, two DVE with borders and drop shadow, five pattern generators, and two-color generators. Designed for live streaming or webcam production, the Mini Extreme has HDMI outputs to feed monitors and supports up to 16-screen multiview.